20.12.19 Why migrate to a Unified Cloud Communications system?
20.11.19 SmartAgent welcomes Amazon Connect chat launch, with our ready made integration!
23.04.19 Why Amazon Connect for the modern-day contact centre?
See all posts

Team Sky (British Cycling) launched in 2010 with one ambition: Winning the Tour de France with a British rider within five years. A goal achieved within just three years when Bradley Wiggins won the 2012 Tour de France, while teammate and fellow Briton Chris Froome finished as the runner-up and then went on to win the 2013 race.

British Cycling’s performance up until this point hadn’t made for particularly good reading. Since 1908, British riders had won just a single gold medal at the Olympic Games, and they had fared even worse in the Tour de France. In 110 years, no British cyclist had ever won the event. In fact, British performance had been so poor that one of the top manufacturers in Europe refused to sell bikes to the team because they were afraid that it would hurt sales if other professionals saw the Brits using their gear.

So how did Team Sky, under Sir Dave Brailsford’s leadership, turn around nearly one hundred years of mediocrity to achieve its primary aim twice within the original five-yeartime period?

Brailsford was different to previous coaches. He adopted a relentless strategy that he referred to as “the aggregation of marginal gains,” basically the practice of searching for a tiny margin of improvement in everything you do.

Brailsford and his team of coaches broke down everything they could think of that goes into riding a bike and then set about finding 1 percent improvements in every conceivable area: seats, tyres, fabrics, the riders’ pillows and mattresses. They even hired a surgeon to teach the riders how to wash their hands correctly, to avoid catching a cold. As these and hundreds of other improvements consolidated, the results came. And faster than anybody anticipated.

In the beginning, there is no real difference between doing something that is 1 percent better or 1 percent worse. But as time goes on, these small improvements or declines compound and you suddenly create a large gap.

When service agents have to handle something like a DPA check on every call, that’s atleast 30 seconds of every single contact wasted.

Good agents want to help customers answer complex queries, but the majority of inbound contact is for the most basic, mundane issues. And agents shouldn’t be spending their time changing an address, checking an order ETA or conducting a DPA check.

SmartAgent uniquely focuses on finding and scaling your contact centre’s marginal gains. With SmartAgent Assist and Automate we’ll help you to reduce contact, alleviate unnecessary manual tasks and find all of those small efficiencies that build up to hugely improved CSAT and reduced operating costs.

So, referring back to the above example, by doing something as small as automating your DPA check with SmartAgent:

That’s a 3.12% efficiency improvement. With just one automated task.

And when you consider that it’s not unusual for our bespoke voice and chatbots to achieve 40% deflection of your inbound contact from multiple channels, it’s not difficult to see how SmartAgent could help you compound your marginal gains to supercharge contact centre efficiency and customer satisfaction.

We specialise in helping businesses maximise the benefits of the cloud in their contact centre, improving customer service and engagement, whilst reducing contact and operating costs.

One of the very first UK companies to embrace Amazon Connect back in 2017 we’ve now successfully deployed and extended Connect for numerous enterprise clients. Our bespoke Assist and Automate solutions both complement and enhance the Connect platform, focused on contact centre efficiency and optimisation. 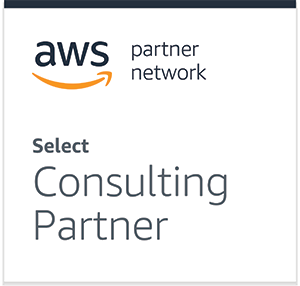